Funko is coming out with a new line of action figures, and for once they are not their POP! figures which many collectors seem to dislike.  The release date appears to be January 22nd. and the figures will come in 4 variations (one being a Chase) and also a Dr. Wily figure as well!  The initial launch has Dr. Wily, normal blue Mega Man, Thunder Beam, and Leaf Shield with Atomic Fire being the chase of the latter.  They also include extra hands if you don't want his Mega Buster to be equipped. 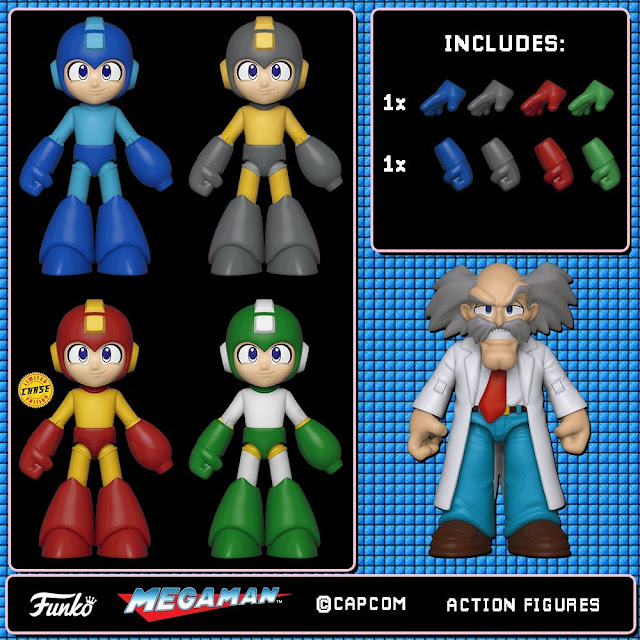