March's gaming crate has a "Sidekicks" theme and contains something to do with Mega Man.  Since it's a sidekick theme maybe it will be Roll, Rush, or Protoman related?  Only time will tell for now but it will most likely be a smaller item as the main franchise featured seems to be Sonic, so maybe a Sonic shirt with a Mega Man figurine? 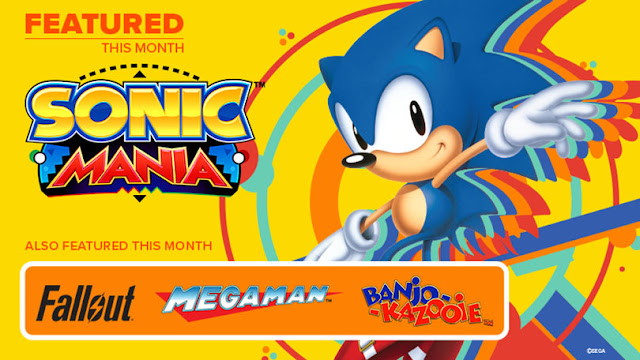 Also alongside this crate is the Epic Drop which is very much Mega Man themed giving away an SNES classic, wearable helm, and the Mega Man headphones.  (and a Sonic artbook) 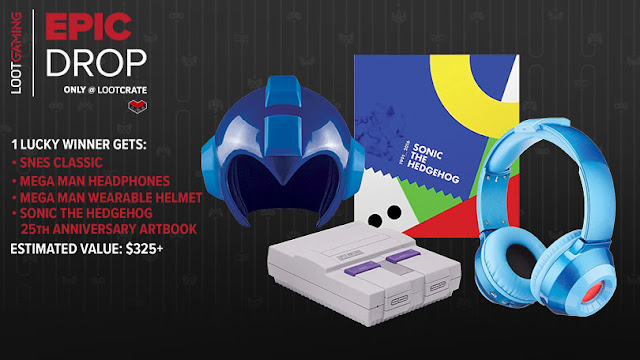 [SPOILERS] The Mega Buster in Devil May Cry 5

This article contains SPOILERS of some game mechanics from Devil May Cry 5, including some DLC. This is your last warning to turn back.

With Devil May Cry 5 coming out recently, among other things, new game mechanics were introduced. One of the those mechanics was the ability for Nero, one of the game's protagonists, to use different hands, each granting him some unique abilities.

Nero unlocks many new hands throughout the game, and one of them is the very familiar Mega Buster, in the form of a DLC. Early in the game you gain access to the Mega Buster, costing 1000 red orbs per unit.

In game, the Mega Buster is fairly straightforward. Lemons! Pressing the Arm button will make Nero shoot lemons at his current height. While Nero won't shoot enemies that are higher up or lower down from him, he will turn to face an enemy that's close to in front of him. Locking on an enemy isn't an option either, as Lock On + Arm always uses Nero's Snatch ability, regardless of his active arm.

While the Mega Buster looks like Classic Mega Man's buster, it works a lot more like it did in the Starforce games. Not using the buster for a second or more will make your next shoot a bigger lemon, granting 120 damage, while repeatedly shooting small lemons will do 15 damage each.

Despite charging automatically, Nero can also charge the Mega Buster manually by holding the Arm button. This charged shot is much bigger, blue in color with yellow rings, and it has the ability to knock enemies back. This shot will also do 800 damage to the enemies it hits. However, as with all of Nero's arms, this big shot will destroy the Mega Buster. The Mega Buster can also be destroyed if an enemy hits Nero mid-shot, but this isn't likely to happen, as each shot action lasts a fraction of a second. Additionally, you can destroy the Mega Buster yourself and create a small explosion around you if you are tired of it or want to escape a tight situation. 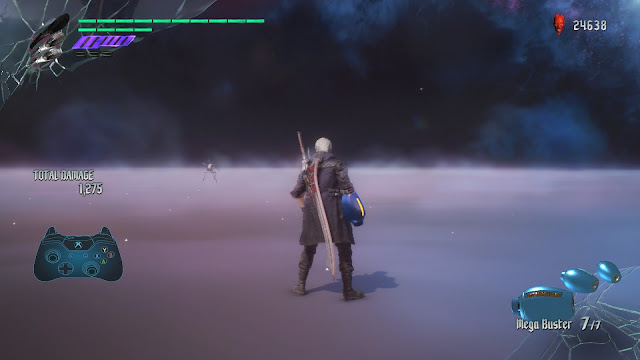 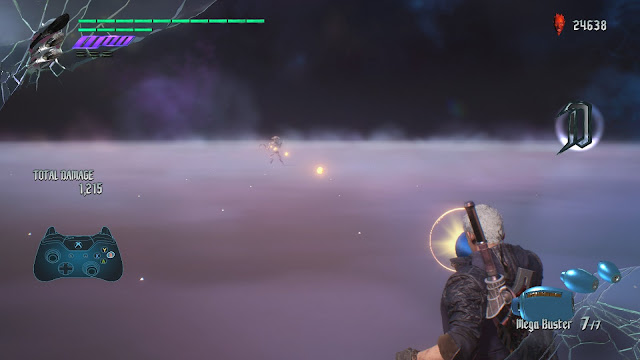 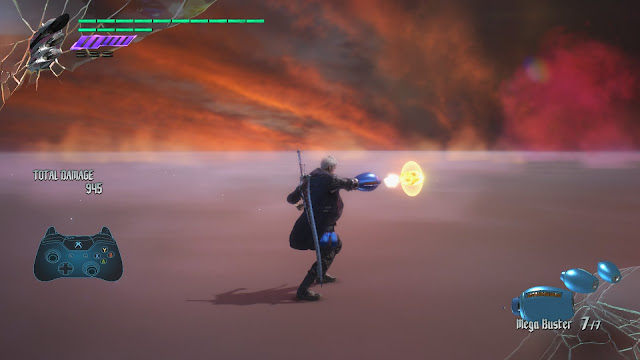 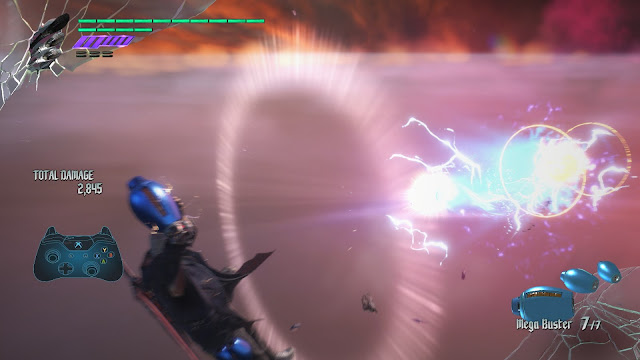