The collaboration between Capcom franchise Rockman and Monster Hunter that was announced at the Tokyo Game Show this year is finally happening next week!  Starting on November 21st you'll be able to play as Rock in Monster Hunter : Frontier Z as shown in the trailer below.  Capcom has really gone all out this year for the 30th anniversary and put our beloved Blue Bomber in almost every franchise they make.  Keep it up Capcom! 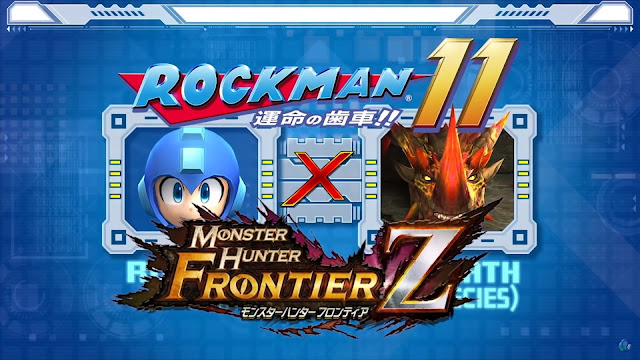