Last night Capcom released the first comic in a series they call "Advice from Dr. Light's Lab".  No idea how many comics will come from this but they are cute to say the least.  This first comic tells the player that it is OK to lower the difficulty of the game if you're having trouble.  Great advice for a newcomer... but I'm sure many past fans of the game would rather spend endless rage inducing runs than lower it themselves.  If this becomes an often event of them posting comics I'll make a new post and keep adding them as they come out. 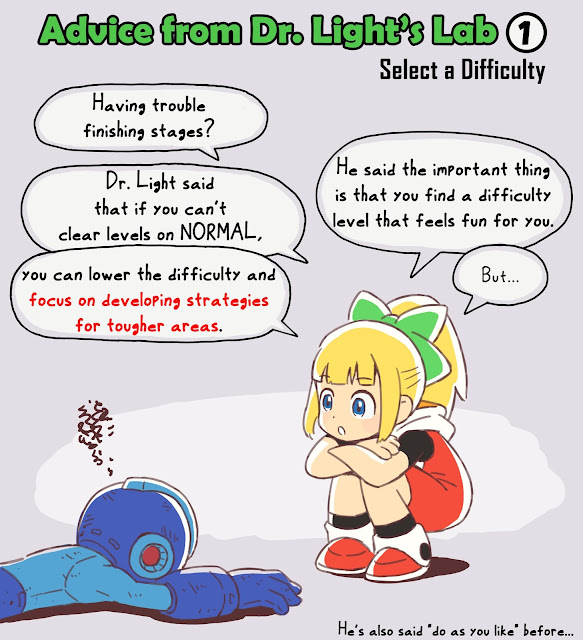 Not sure how to jump in to Mega Man 11? Roll has some words of wisdom for our heroic blue 'bot in the first "Advice from Dr. Light's Lab," a series of comics for everyone from newcomers to seasoned veterans! pic.twitter.com/Tb8fvcrSfu
— Mega Man (@MegaMan) November 9, 2018