First off : SPOILERS AHEAD.  If you haven't watched the episodes yet, you may learn more than you wanted to know... though mostly just about the characters.

Today is the day that all 10 episodes of the cartoon have been released online for those with cable provider logins.  Each episode runs 11 minutes and no commercial interruptions.  To go and watch the episodes now use the link below.

I must admit that I don't hate it, and it's really not nearly as bad as people think it was going to be.  It's still obviously for children as it tries to resolve things without fighting and teach life lessons along the way, but there is also nods more adult humor, tons of puns, and Mega Mini provides some comic relief as the goofy sidekick. 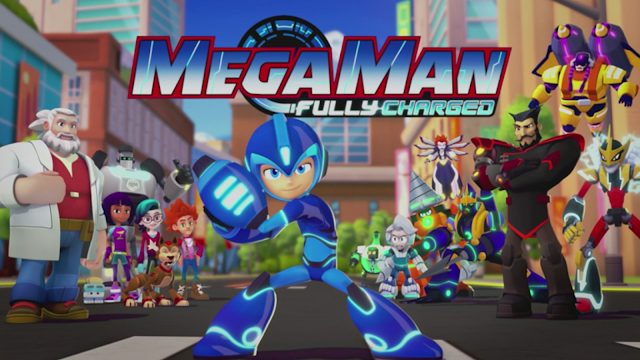 First off we have the Light family... and of course the father is Dr. Thomas Light as always.  The years have treated him well this time around and he's looking rather buff than his predecessors in the other cartoons and games.  Also strangely enough, this time around Dr. Light has no idea that his own son is Mega Man... so I'm not exactly sure how Aki got the powers to become Mega Man. 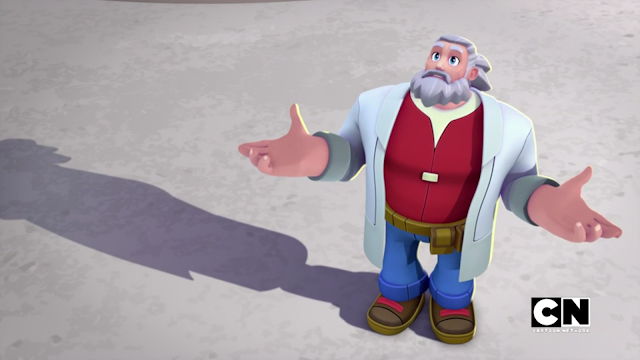 Next we have his children Aki and Suna.  Aki is his robotic son and greatest creation, while Suna is his human daughter from a mother not mentioned. 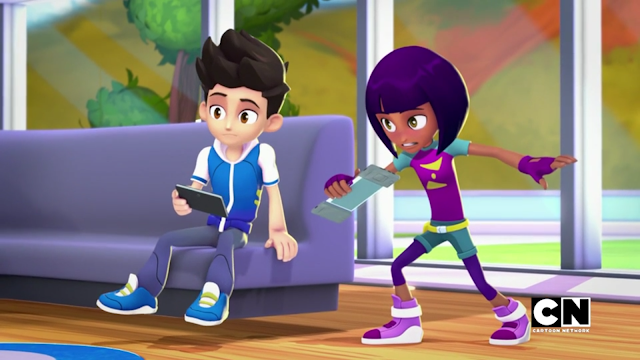 And last but not least... the family pet and most loyal of robo dogs, Rush!  This version of Rush looks more like a real dog and does not appear to have any transformations or powers at this time... but I'm sure that will change in the future episodes. 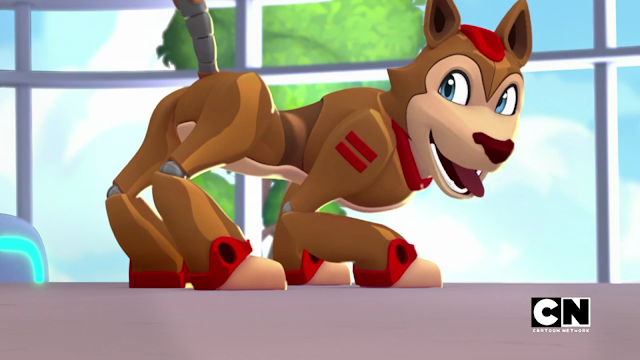 The star of the show of course is Mega Man! 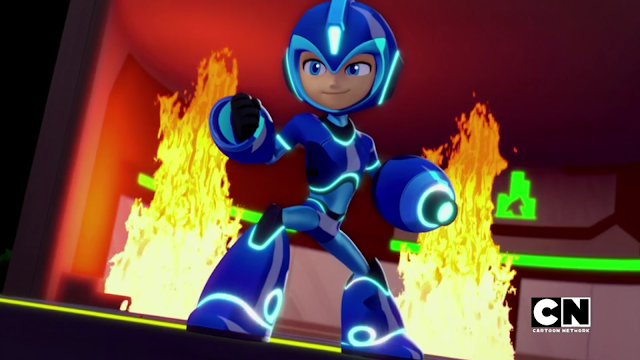 Alongside Mega Man is his tiny sidekick Mega Mini who just kind of hangs out when Aki is not transformed and lives inside of Mega's helmet to control his powers when he is geared up in his Mega Man form. 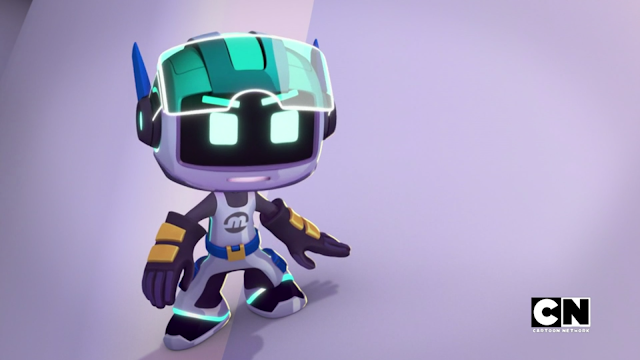 A closer look at Mega Mini's control room inside Mega Man's helmet.  From inside he can view health (you can see the old school NES style health meter), control his boss his powers, and do repairs to damaged systems during fights. 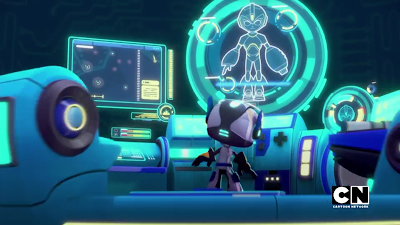 The Good Guild is a bunch of look alike robots that appear to act as the futuristic city's police force, fire fighters, and all around rescue team. 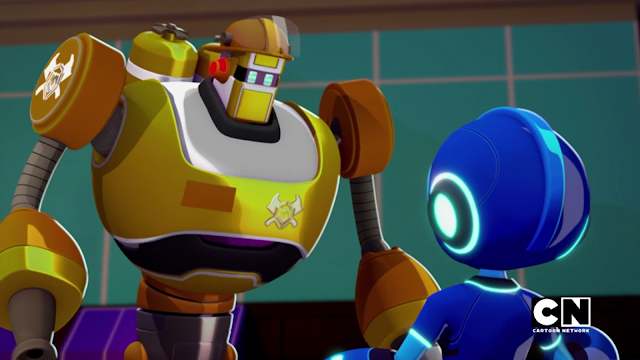 Aki and Suna go to a school with a giant robotic principal which seems to be left over from a past robot war and revamped to be used in a school setting.  Notice the missiles were replaced with pencils. 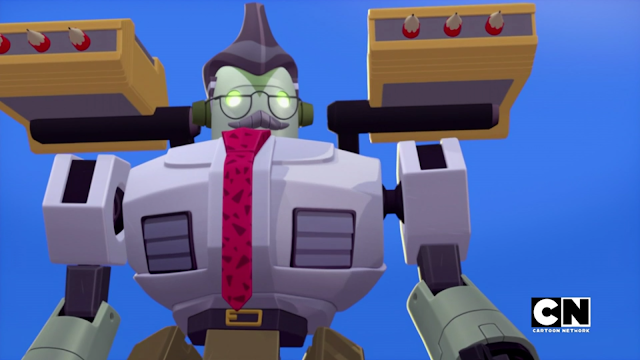 I mentioned he was big right?  Here's just him in another scene for scale... he's as tall as skyscrapers. 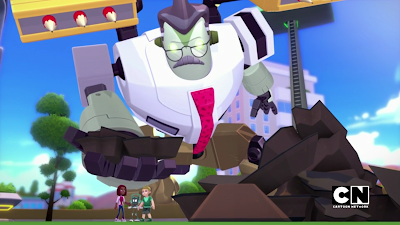 They don't say much about him, but Aki's best friend is a Wily.  Bert Wily to be exact.  In the show his outfits usually don the Wily symbol on his chest, though there is no mention of how he is related to the much more famous Dr. Albert Wily.  Possibly his father, grandfather, or uncle?  Hopefully time will tell. 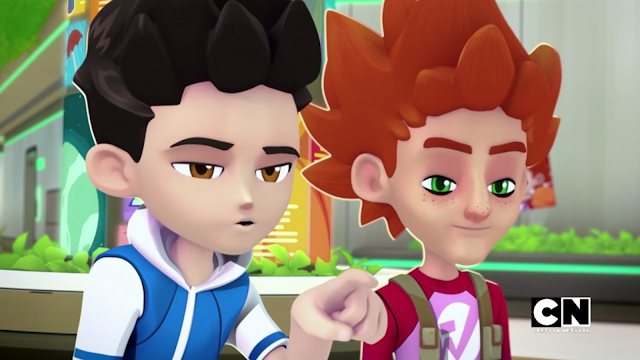 The smartest (and most annoying) kid in Aki and Suna's school.  Peter Punkowski (spelling?). 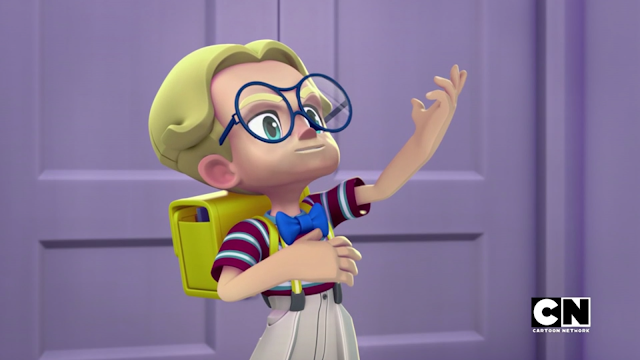 This may be the guy behind it all... or at least some of the Robot Master attacks.  He's Sergeant Breaker Night.  An obvious nod to fans with his first name to Break Man.  Part of his giant grudge against humans and robots living in harmony is because he somehow lost an arm and has had it replaced with a robotic one. 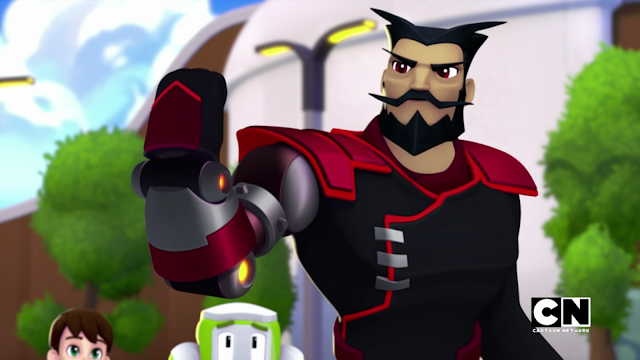 Although they don't really reveal it (major Dr. Claw vibe from inspector gadget in this scene), it's completely obvious this guy is Sergeant Night and seems to control at least some of the Robot Masters listed below. 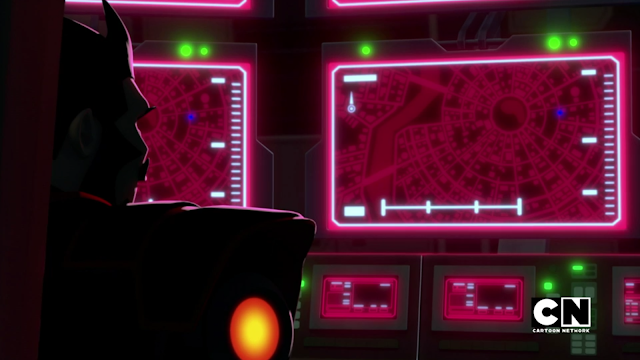 I will go over the Robot Masters in the order as they appear in the show.  I won't be revealing any powers they posses as to not give any spoilers for the show beyond appearances.

First up is Fire Man, who appears in the first and second (technically one show, 2 parts) episode. 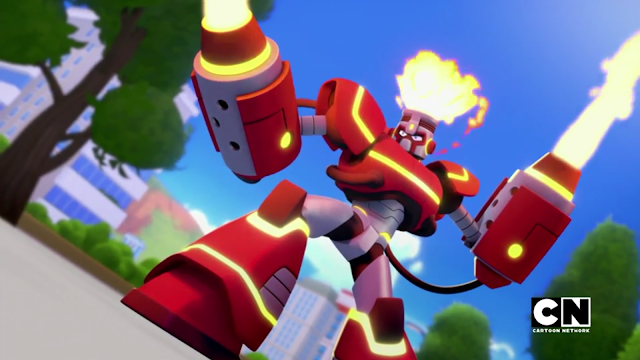 Appearing in episode 3 we have Drill Man. 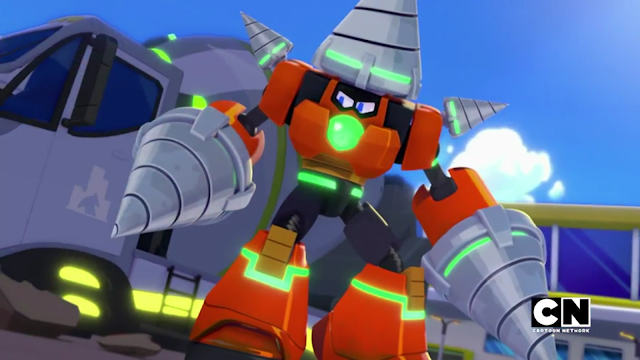 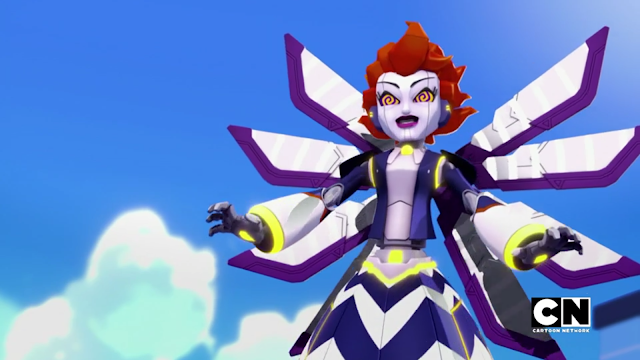 A little bit later in the series it is also revealed that Hypno Woman has a human disguise and goes by the name Marie, though the disguise fools no one. 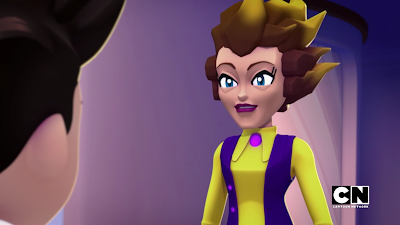 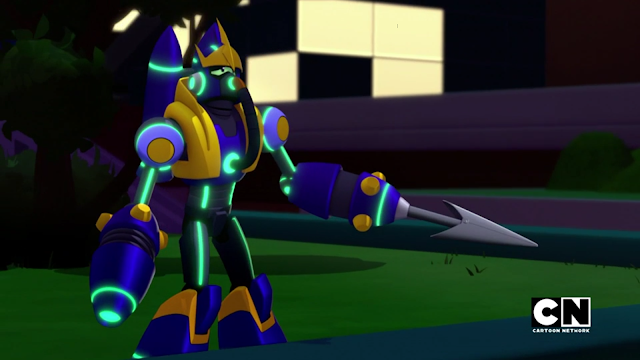 In episode 6 we're introduced to an old favorite... but he's so differently designed he's unrecognizable.  Either way, here is the new Ice Man! 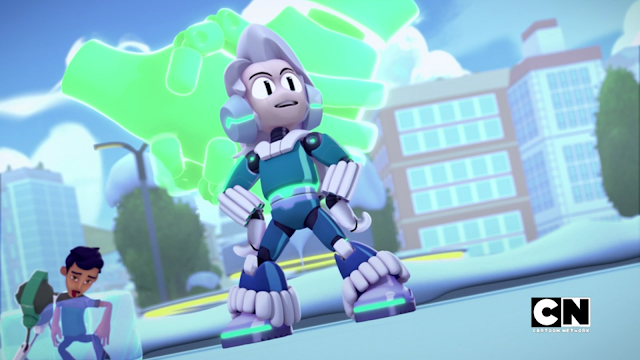 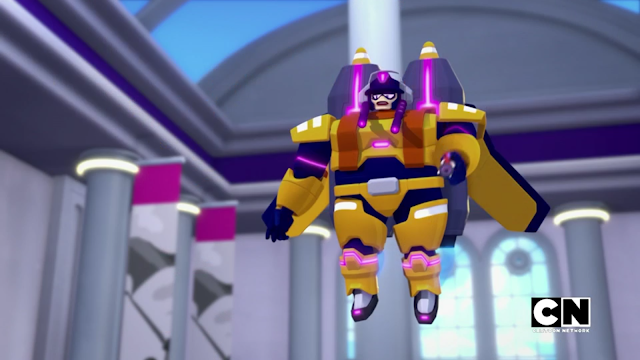 The 10th and last episode (available so far) brings us another vastly redesigned bot in Air Man. 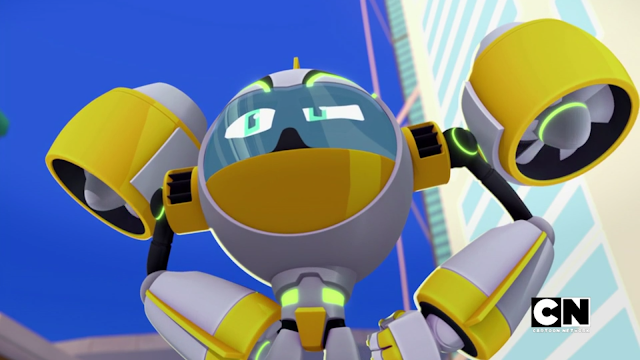