Yesterday Capcom of Japan released their Financial Review for the year and there was one small paragraph that is raising some eyebrows... they still plan on making the Mega Man movie!  Only two months ago we all thought this project was doomed, and to some it was a sigh of relief, and to others it was a disappointment that yet another Mega project got cancelled.  Well to those who wanted it can now get some of their hope back because it looks like there's still a chance it might get made.  (How good it will be is another matter...).  So keep your eyes and ears open for some updates on this as we find out more.

Here is the quote from the financial report mentioning it :

As such, to generate synergy with its popular games via greater global brand awareness and value, the Company has been producing world-leading content, with brands such as Street Fighter and Resident Evil being made into Hollywood movies, now followed by Monster Hunter and Mega Man, which are also scheduled for live-action film adaptation.

For the full financial report follow the link below :
http://www.capcom.co.jp/ir/english/finance/review.html 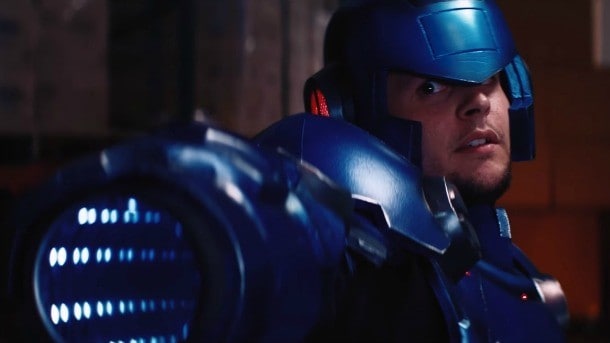 (picture from LootCrate short film which can be watched on the following link)
https://www.youtube.com/watch?v=mxyLBfFvk7c
at 8:01 AM